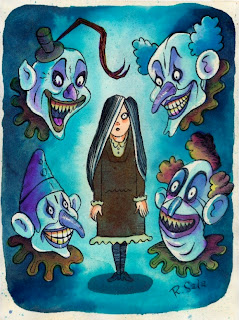 Nellie is a troubled girl who lives in the rundown village of Obidiah's Glen.

After her father, an unsavory scoundrel, attempts to violate the grave of a witch, a series of events transpire leading to the destruction of the town by a supernatural army of zombie clowns.

On her own and in hiding, Nellie gets some assistance from stranded motorist (and "girl detective") Judy Drood, before the witch reappears and offers Nellie the ultimate revenge.